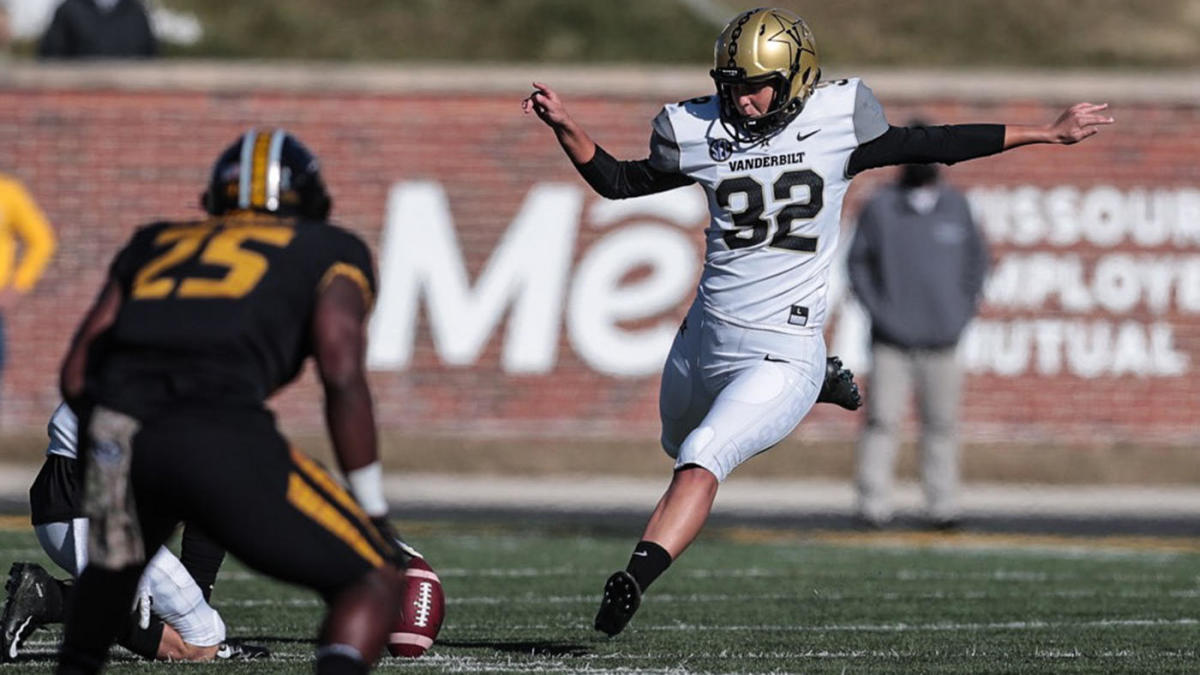 Sarah Fuller got her start with Vanderbilt on Nov. 28. (Photo Courtesy of CBS Sports)

Sarah Fuller got her start with Vanderbilt on Nov. 28.

How many times have you heard the saying, “you play like a girl”?  Maybe you heard it on the playground, in school or even worse, you have said it yourself. For decades, it has been embedded in society and taught to children that girls are inferior to boys. More specifically, we are taught that boys are stronger, smarter, faster and ultimately superior to girls. Today, some women and young girls still believe that they are not on par with their male counterparts and that they can only advance so far until they hit the glass ceiling in which they must view their dreams being only accomplished by men.

Although the glass ceiling is not physically there, it alludes to the invisible barriers that women and minority groups encounter in attempting to further their professional careers and reach positions of responsibility that men have obtained for years. The large wage gap between male and female athletes profoundly exemplifies the misogynistic restrictions and inequalities women are continuing to face even in the year 2020.

However, a global reckoning has begun. More and more women and young girls are hurdling over society’s obstacles and establishing a united league of talented, outstanding women.

The fact that sports are still such a male-dominated world makes highlighting the influential women in the industry all the more worthwhile. Within the last century, women in sports have been creating an impact. So far, the world has witnessed Serena Williams rule the tennis courts, Gabby Douglas and Simone Biles master the balance beam, Alex Morgan and Megan Rapinoe conquer the field and Sydney McLaughlin blaze the track and countless more dominate the world of women in sports. Despite all the adversities young girls and women face, this year witnessed yet again another young woman, Sarah Fuller, breaking the boundaries of male-dominated sports.

The 6’2, twenty-one-year-old from Wylie, Texas, originally began her high school athletic career playing soccer as a goalkeeper. She was a starting goalie for two years and named the 2017 District 6-6A Goalkeeper of the Year. In 2017, Fuller received a soccer scholarship and continued her athletic career at Vanderbilt University. With Fuller as the goalie, the Vanderbilt women’s soccer team won the Southeastern Conference Division One championship, its first title since 1994.

Fuller was recruited by the Vanderbilt Commodores football coach, Derek Mason, to try out for the university’s 0-7 football team because of her unmatchable ability to kick a soccer ball 60 yards after their starting kicker opted out of the season due to Covid-19 concerns.

On the historic Saturday in November, Fuller skipped the Thanksgiving table and took this monumental opportunity to kick off for the Commodores at the beginning of the game’s second half against the Missouri Tigers. Although the Missouri Tigers were victorious and the game ended with a score of 41-0, leaving the Commodores with a record of 0-8, this remained a historic moment for female athletes and college football as Fuller kicked through the notorious glass ceiling.

In addition to inspiring young girls to believe that they can accomplish anything, Fuller acknowledged the magnitude of this historic moment by emblazoning the slogan, “Play Like a Girl,” on her helmet. The message is a reference to the nonprofit organization that she actively supports, Play Like a Girl, which promotes sports and STEM-related educational opportunities for girls that she supports.

“I represent the little girls out there who wanted to do this or have thought about playing football or any sport, really,” Fuller said.

As the world remembers Lindsey Vonn soaring over the ski slopes, Misty May-Treanor and Kerri Walsh Jennings serving unreturnable serves and Missy Franklin dominating the waters, we add Fuller to the long list of most influential, inspiring female athletes. Fuller and numerous other female athletes are the true meaning of “playing like a girl”: to out-run, out-play, and out-live all expectations.

Your donation will support the student journalists of Rancocas Valley Regional High School. Your contribution will allow us to purchase equipment and cover our annual website hosting costs.

Donate to The Holly Spirit
$30
$500
Contributed
Our Goal
Submitting donation...

Thank you for your donation!