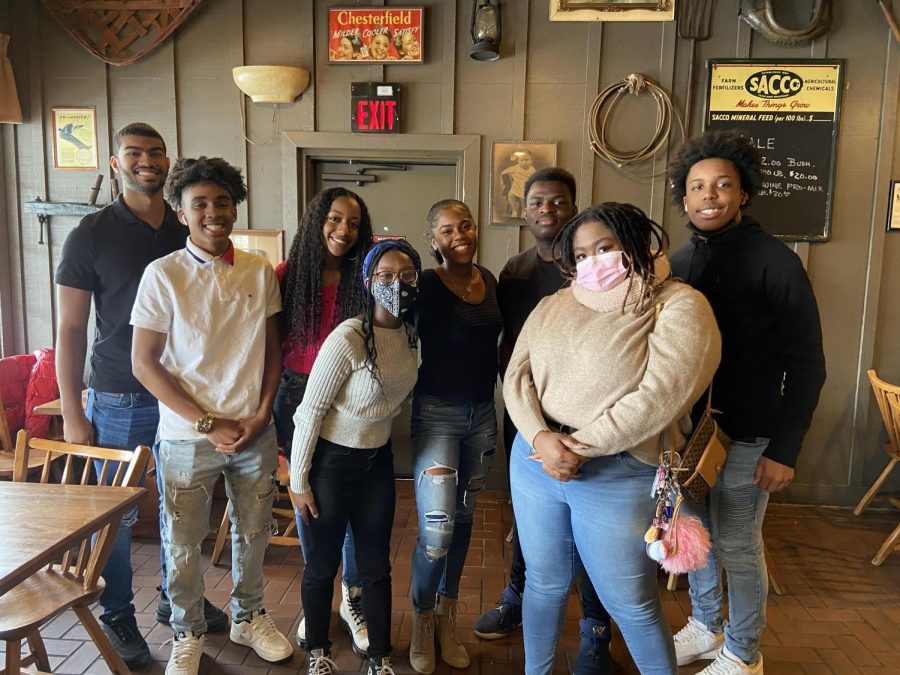 Introducing the Black Student Union: “diversity is more than a statistic”

Note: transcribed quotes have been edited and condensed for clarity.

Throughout 2020, equality and civil justice dominated headlines and provoked a national reflection on the treatment of black and brown people in this country. Although quarantine has inhibited several of us from engaging with each other directly, there is still a demonstrated need for greater awareness of the prejudices many students face right here at RV. The formation of the BSU is the response to this call for action.

The Black Student Union is a club that is pending approval currently by Mr. Martin and the Board of Education. Organized by junior Jya Marshall, the club seeks to not only support and give back to black communities at RV, but to exercise black excellence and inform both white and black students and faculty about the plight and history of black people.

“Diversity is more than a statistic and we are beyond a percentage,” said Marshall. “RV is 24.4% black, yet there is little representation. You cannot just say RV promotes diversity and [then] use that statistic in a board meeting, because we mean more than a number.”

Diversity is more than a statistic and we are beyond a percentage…RV is 24.4% black, yet there is little representation. You cannot just say RV promotes diversity and [then] use that statistic in a board meeting, because we mean more than a number.”

While RV’s diversity continues to grow, merely summarizing different groups as numbers diminishes their impact on the community. For instance, there are very few staff members who are people of color, and most are part of the security or custodial staff. They need to be represented and appreciated as well and as much as other staff members. Part of the reason the club was formed was to draw awareness to this disparity between students and faculty.

Junior Jalen Prilo, a member of the BSU’s executive board, stated, “One of our goals is to reach out to everybody in every grade and to get more involved with the community and to make an impact.” Creating an impact is crucial for the club, especially since its initial plan is to reach out to members of the RV community first and seek direction in terms of how the club can help support minority students at school.

“We want to collaborate, unite and inspire influence and diversity among black students, while also serving as an advocate and representative of a minority [in a] student population that values allyship, equity, and inclusion,” said Marshall.  “We also want to offer an opportunity to have an open space for students of color to freely express, address and voice their opinions on racial discrimination in schools, communities or in society and grant them the ability to establish change. We want to be an upstanding role model for younger minorities…within our community by being an active organization that has communal events on and off campus that will advance minority communities.”

Overall, the club wants to provide a voice for minorities in terms of support and creating tangible change. Additionally, being role models will help younger students to express their opinions rather than feeling like their opinions are invalid. With the combination of community service and even potential funding for scholarships for a long term goal, the BSU plans for the longterm.

Just because the club is geared towards the needs of black and brown students does not mean only students of color can join the union. Myaa Fulton, another member of the executive board of the club, said, “One of our major concerns is the thought that people of non-black descent [will feel like] like they are not welcome and…like they are unable to join the club. When we say Black Student Union, we mean this is a club and organization [at] RV that wants to uplift and celebrate black excellence, and if you are a person who wants to do that, then you are welcome to come and participate.”

While one of the missions of the club is to promote black history and culture, and to give minority students a place to feel safe, that does not mean it is only limited to people of color. All races and creeds are allowed to join and advocate for equity. As stated by Fulton, “If you support black people, great, you’re in!”

For community service, the BSU is planning to start off communally, and the group is thinking about ways to influence other communities. Already there are plans for community service projects in March, which is when the club will be beginning, including donating to predominantly black schools and community organizations and helping other districts launch their own groups.

“Neighboring schools do not have a Black Student Union, so [we want] to have community service [that] will help them uplift their population and start [a union] in their own schools,” said another founding member junior Rashan Addison. “It’ll be an open collaboration with everybody.”

The BSU strives to become a legacy for RV instead of something that happened and then vanished. Its impact on communities through community service and other interactive activities will make it stand out and help with achieving its message.

“We want the Black Student Union to be a stepping stone for other minority children and people of color. Just like our siblings, you want [children of color] to grow up and find themselves surrounded by similar individuals because growing up in a predominantly white society, it is easy to lose your culture and history,” said Marshall.”It is important…not only us but for the future, so we can make a path that younger generations can take.”

Another member of the executive board, junior Nia Plair, mentions how the BSU can inspire other students to start their own clubs and to use the opportunities to their full potential, and even create tangible change here at RV.

“[We want it] to last long enough for there to be true, consistent change instead of it ending progress when we graduate, [which] would ruin the entire purpose,” Plair said. “We want to help…black teachers to be hired and for there to be proper representation [at RV].”

The formation of the BSU signals an important shift in direction for the school, which saw a number of outcries from the community during the summer of 2020 in the midst of the racial reckoning following the murder of George Floyd. The establishment of a group like the BSU could open doors to a number of different opportunities to rectify lingering issues of representation as well as provide a platform for students of color to address injustices at the school. While the club is still pending approval, its addition will undoubtedly have an impact on numerous individuals both at and beyond RV.