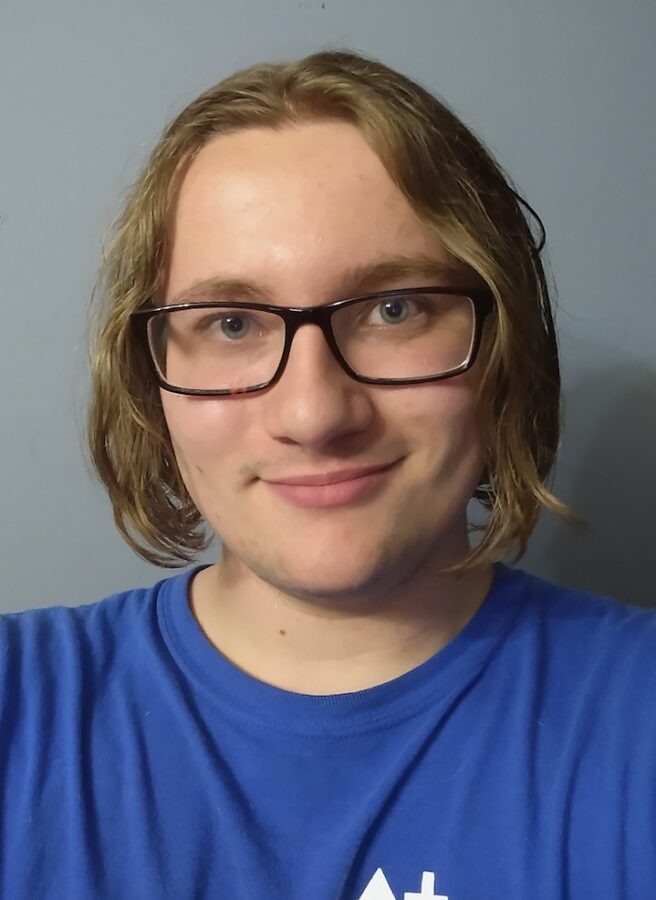 “The chance to be something more”: Hamilton Scudder, Editor in Chief

It’s almost over somehow. It feels like yesterday that it was Freshman Orientation 2017 and I was meeting some of my classmates and teachers for the first time. Freshman year was such an interesting experience, meeting new people on a school-wide scale for the first time in over nine years, and now I’ve met hundreds of amazing people in this building, some graduated, some soon to graduate, and some with a year or two left in them. I haven’t gotten much taller, I haven’t stopped wearing glasses and I certainly haven’t stopped loving dinosaurs nor talking. In all, I think my high school career has been pretty fruitful. I’ve performed in (and won) RV’s Got Talent, learned as much French as I could, got my heart broken once or twice and made more friends than I thought I could genuinely be friends with.

I haven’t gotten much taller, I haven’t stopped wearing glasses and I certainly haven’t stopped loving dinosaurs nor talking. In all, I think my high school career has been pretty fruitful.”

I didn’t, like anyone else, expect my junior and senior years to end up like this, but I like to think I’ve made some decent use of the time. I got to be in the all-school play, learn a few new songs, and… wait there was something else, something that’s been a big time commitment, hold on–OH, right; I became an Editor-In-Chief of my school paper. Working on this paper has been the best part of my year by far, editing until two in the morning with my favorite fellow EIC Shea Smith, chatting with our wonderful Photo Editor Abigail Hoagland during her weekly photo meetings, and watching the progress of all of our talented writers and editors.

At the beginning of this, I was taught a very important lesson that I passed on to the Holly Spirit staff: at the beginning, the articles are going to be bad. And they were (including mine, and objectively they actually weren’t terrible for a first-time publication), and that was okay! That’s because all of our writers have gotten so much better with experience, and I’ve gotten to play a hand in that, working to refine their raw talent into something more standardized and cohesive. My work on this paper is one of the few things I hope doesn’t get totally forgotten to time, and I expect our staff to only get better and better.

Thank you for the chance to be something more.