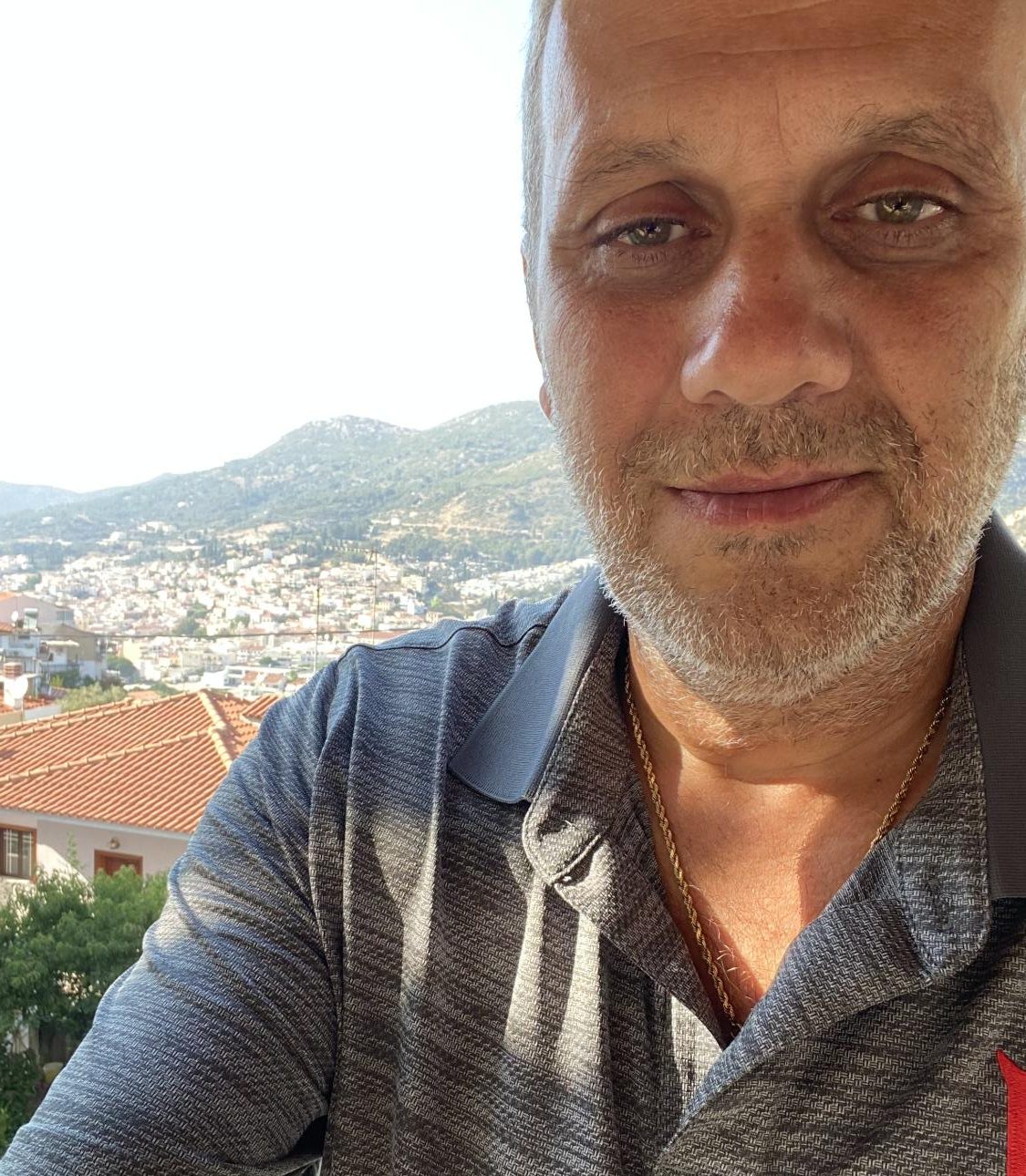 A friend, educator and symbol of the American Dream: remembering Mr. Hatzi

RV announced the unexpected passing of assistant principal of Instructional Technology and Innovation Mr. George Hatziandreou on October 25. Mr. Hatziandreou was a key member of the RV staff, formerly a Supervisor of Mathematics, Instructional Technology and the Media Center before receiving his position as an assistant principal in late summer. According to many, his greatest achievement for the RV community was implementing the 1:World plan, allowing all RV students to have laptop access.

Mr. Hatziandreou was born in Samos, Greece on September 6, 1970.  He moved to the United States when he was 18 in order to attend Temple University to study Computer Science. Close to the end of his junior year, he switched his major to Mathematics. While at Temple, he met his wife, Anna, who is also an educator in Philadelphia.

After graduating from Temple, Mr. Hatziandreou continued his education at Arcadia University, where he earned his Master’s Degree. He started his teaching career at BCIT, then Eastern Regional High School and finally RV.

Mr. Hatziandreou loved sports, particularly soccer and American football. He loved to play soccer as well, and played in a league in Greece. Mr. Hatziandreou is also well-known for his love of the beach, calling it “his happy place.” He especially loved the beach in his home in Samos, where he “found solace,” according to his wife.

Mr. Hatziandreou was known for opening his home in Samos to visitors from the states over the summers.

“I had the very unique opportunity to visit [Mr. Hatizandreou]’s home country of Samos, Greece during the summer of 2017 [with a few fellow RV staff members],” recalled English teacher Mrs. Pliskin. “I will always remember how he made my friends and me feel like family.”

I will always remember how he made my friends and me feel like family.”

“He was so excited to show us his culture… At our first dinner with him [in Greece], he [treated us by] ordering everything off of the menu because he was eager for us to get a ‘taste’ of Greece,” said Mrs. Davis, another close friend and colleague of Mr. Hatziandreou.

Mr. Hatziandreou wore a number of different hats at RV, but his impact on the Math Department cannot be understated, as it is where many of his passions for teaching reside.

“Mr. Hatziandreou as the best boss I’ve ever had,” said algebra teacher Mr. Collura. “Something [Mr. Hatziandreou] always said that I will forever hold myself to is that he despised hearing us teachers say, ‘The kids can’t.’ He didn’t believe that kids cannot do something and did not want to hear excuses. He challenged us to try something else, do something creative and to not fear failing. He had a pure heart for students and any who got to know him knew how proud he was of the math Honor Society students and the levels of their math achievement.”

He didn’t believe that kids cannot do something and did not want to hear excuses. He challenged us to try something else, do something creative and to not fear failing.”

Mr. Hatziandreou was well-respected and well-liked around the building and across departments. As the Assistant Principal of Instructional Technology and Innovation, he was an integral part of making RV ready for 21st century learning. His rollout of the laptops in February 2020 for staff helped make virtual learning during the first half of quarantine possible for many teachers.

Principal Martin, Dr. Heilig and a number of other faculty and staff member celebrated and remembered Mr. Hatizandreou at a memorial ceremony last week. The ceremony featured memories from staff members, including Principal Martin’s fond memory of Mr. Hatziandreou suggesting the school create a school store, and Mr. Pietrofitta’s humorous memory of traveling with Mr. Hatziandreou on senior trips.

At the ceremony, Principal Martin described Mr. Hatziandreou’s impact on RV and his journey as an educator as emblematic of the “American Dream,” noting how Mr. Hatziandreou enrolled at Temple with very little knowledge of speaking English, yet continued his education and taught at a number of different schools throughout his career.

“[Mr. Hatziandreou] adapted. He adapted…he goes on to get his degree and ends up having an impact on so many students and educators over the years,” said Principal Martin. “So to me, [Mr. Hatziandreou] is the American Dream; coming over here from another country, reinventing himself and becoming such an amazing educator and friend to so many of us, it’s just amazing.”

Of Mr. Hatziandreou, Dr. Heilig said, “Thank you George for the impact on our lives, the legacy, the friendship, the loyalty and for being the beloved ‘Hatzi.'”

The emotional ceremony demonstrated the vast number of close friends and colleagues Mr. Hatziandreou had at RV.

“Mr. H was a caring, honest, and giving person,” said history teacher Mrs. Hoyer. “He would do anything for anyone. His door was always open and he always asked how you were doing and genuinely was interested. When you had a conversation with him, he truly listened. When you had problems, he helped in any way possible and for me would sometimes talk me ‘off the ledge.’ He was honest with his answers and honest with his advice. He didn’t hold back with anything. [He] came across as a blustery, tough administrator, but when you got to know him, he was a teddy bear…the kindest, most caring person I knew.”

His door was always open and he always asked how you were doing and genuinely was interested. When you had a conversation with him, he truly listened.”

At the emotional ceremony, Mr. Burns recited an original poem composed by Mr. Connolly, RV’s Director of Curriculum and Instruction, and the concert choir performed in memorial. Many staff members spent the last week sharing some of their favorite memories of “Mr. Hatzi,” comforting each other with stories of friendship, benevolence, leadership and inspiration.

“My fondest memory of [Mr. Hatziandreou] was a few years ago when he took our department to Downtown [Pizza] and bought us all lunch, as he would from time to time,” said Mr. Collura. “While I sat at the table, I looked up at him…and I remember seeing the joy on his face. I remember as I sat there all I could think about was that he truly treated us as professionals, but in moments like that he was almost like a proud dad buying his kids lunch. I remember sitting and thinking about this, and even telling my wife about it later that he was such a great boss, and you could really see how much he cared for the individuals in our department.”