“The war is destroying my country”: voices from Ukrainian community members

Ukrainian students and staff discuss their perspectives towards the conflict 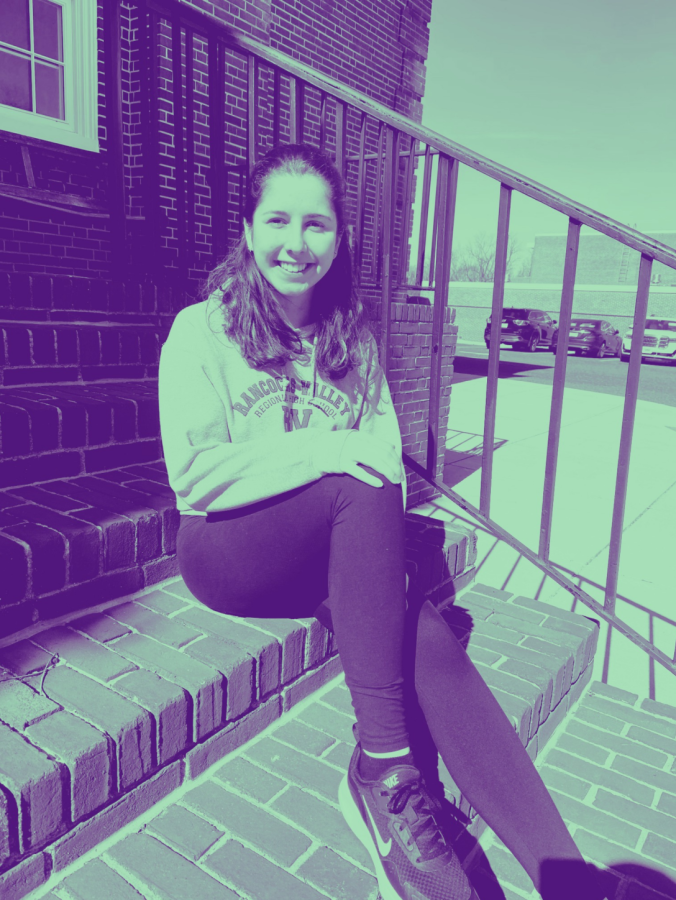 For many students and staff at RV, the sites and news coming out of Ukraine have been jarring. Images of children huddled in subways with their parents, long lines of families waiting for food or fuel and descriptions of bombings in neighborhoods have emphasized the trauma and chaos of the Russian invasion of Ukraine last month.

For some, however, the invasion hits home in a very personal way.

Junior Jazmin King is the daughter of Viktoriya Shylina, a Ukrainian immigrant who came to New Jersey with members of her family when she was 14. Shylina’s father still lives in Ukraine along with several aunts and uncles, and her grandmother. She is from Chernivtsi, a city in southwestern Ukraine, and according to King, her attention has been devoted to news coverage of the conflict.

“[My mother] has been talking to my great grandmother, who had a stroke recently from the stress of the conflict,” said King. “She has also been talking to aunts, and I’ve even talked to a cousin for the first time ever. My aunt and cousin are in their homes, but I am unsure of where my grandmother is.”

King describes a difficult scene for her mother, who has been glued to the TV morning and night to get information about the invasion.

“I’ll come home, and it’s clear that she’s been crying,” she said. “The news is on 24/7…the first thing [my mother] does when she wakes up is turn on the news. Sometimes I’ll wake up in the middle of the night and she’s up listening to the news.”

Prior to immigrating to America, Shylina grew up in a Ukraine that was always in the shadow of Russia. The country gained its independence in 1991 when the Soviet Union was terminated, but for decades after the tension on the border of Russia has resulted in more and more posturing from Russia. King says that Shylina “hates” Putin.

“She says he’s like Grendel from ‘Beowulf,'” said King, who is reading the Anglo-Saxon text in her English class.

King’s mother calls the fighting “unnecessary” and points to the interconnectedness of Russian and Ukrainian identity throughout history.

[Ukrainians and Russians] are all one, we all stemmed from Russia…It’s unfair that thousands of innocent [individuals] are fighting for their lives”

“[Ukrainians and Russians] are all one, we all stemmed from Russia,” said King of her mother’s perspective on the tensions. “It’s unfair that thousands of innocent [individuals] are fighting for their lives. We were actually planning on going to Ukraine in the summer.”

Thankfully, much of King’s family is on the western border of the country, about 30 miles from the Romanian border. However, King is unsure of whether or not they will remain in the country, especially since (at the moment) they are far from the fighting.

More than anything, King said her mother wants help for her country.

“She wants the U.S. to step in,” she said. “She thinks the invasion is going to lead to something a lot worse. It’s not going to stop…my mom is even worried about the pets. She feels like if food runs out, [Ukrainian people] may have to resort to eating their pets. Food is a very big issue right now.”

King also pointed to her mother’s growing frustration in both indifference and empty promises towards the people of Ukraine. While there is overwhelming support for Ukraine and worldwide condemnation of Putin’s aggression, King said that Shylina continues to get exasperated with the lack of U.S. military intervention. During his State of the Union address on Tuesday, Biden spoke to the join session about the conflict with Ukraine, but King said that her mother felt that it wasn’t enough.

“His speech was more about domestic issues and what he was going to do for America rather than Ukraine,” she said.

Despite this, King said she does feel like many students at RV are aware of the conflict and are willing to talk about it.

“Especially in history classes,” she said. “I feel like teachers are trying to keep everyone up to date [with the conflict].”

When asked if there is anything she wants her peers to know about the conflict, King paused. “That’s a difficult question,” she said. “I really don’t know.”

The ambivalence that King expressed towards the conflict was echoed by Ms. Natasha Campanella, one of the cafeteria staff, who is Ukrainian. Donning her “Proud to be a Ukrainian” pin as she staffed the snack line at lunch Campanella repeated many of the same sentiments as King’s mother towards the Russian invasion.

“No one expected the war to happen,” she said. “It’s not worth people dying every day.”

Campanella said that she feels “incredibly frustrated and upset,” and that, according to her, the war doesn’t make sense. Though she recently got married, she still has family in Ukraine.

“The war is destroying my country,” Campanella said. Despite this, she continues to be “proud” to be Ukrainian.