Over a dozen countries send assistance to Ukraine as the situation continues to escalate. 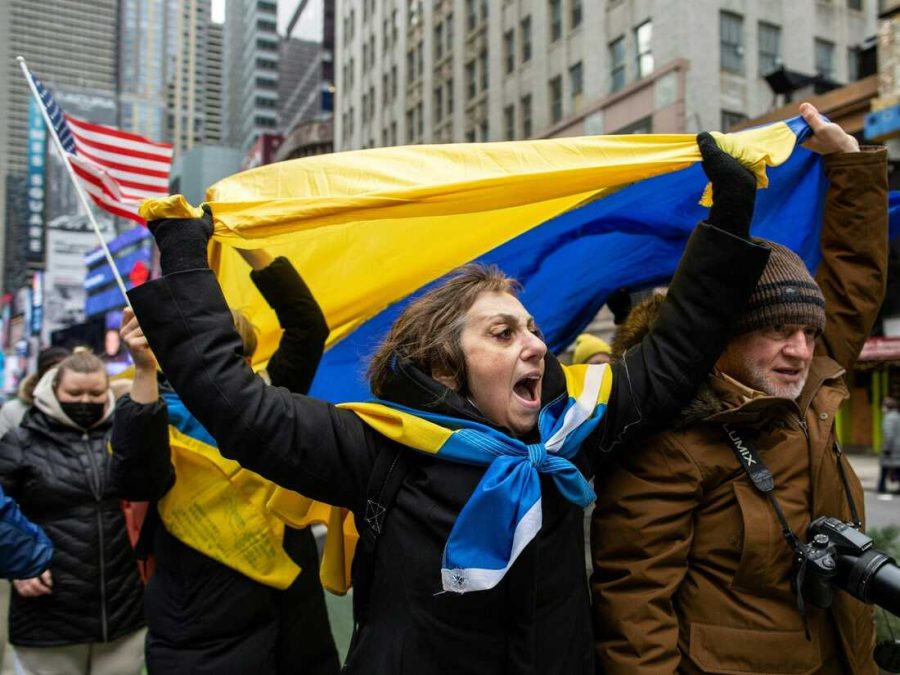 Demonstrators protest in support of Ukraine, in Times Square New York, on February 24.

Countries like Poland, Germany, Portugal and the United States have all offered humanitarian and military aid to Ukraine and its citizens after Russian forces invaded last month.

When Russia launched an invasion of Ukraine, many civilians had to flee their homes. Neighboring countries like Poland and Moldova said they were willing  to accept  refugees and offer them help.

Borris Johnson, Prime Minister of the UK, said in an interview Saturday According to the BBC,  “We’ve got to do everything we can to change the heavy odds that Ukraine faces and to help them.”

President Joe Biden has authorized $1 billion in military aid to Ukraine in just this year alone, according to the LA Times.

“Many other countries are contributing to Ukraine’s ability to defend itself from the unprovoked Russian aggression,’’ said John Kirby, a Pentagon official. ‘’We, along with our allies and partners, are standing together to continue to expedite security assistance to Ukraine,” Kirby said, adding that Washington’s pledges signified its “unwavering support for Ukraine’s sovereignty and territorial integrity.”

According to Defense News, countries such as Italy, Sweden and Norway have all donated weapons to the Ukrainian military. Things like armored vehicles, assault rifles, rocket launchers and even missiles have been sent in order to combat the Russian onslaught.

“This is an important response that gives a sign of the concrete solidarity for Ukraine,” said Italian Defense Minister, Lorenzo Guerini. “Whoever wanted to divide us has been disappointed.’’

However, some other countries have decided to back Russia in this ongoing conflict. Belarus, Syria, and Cuba have all expressed support for Russian President Vladimir Putin’s invasion of Ukraine.

According to the Philadelphia Inquirer, Belarusian troops may be sent in to help conquer Kyiv and Belarus may be a new base for storing nuclear weapons.