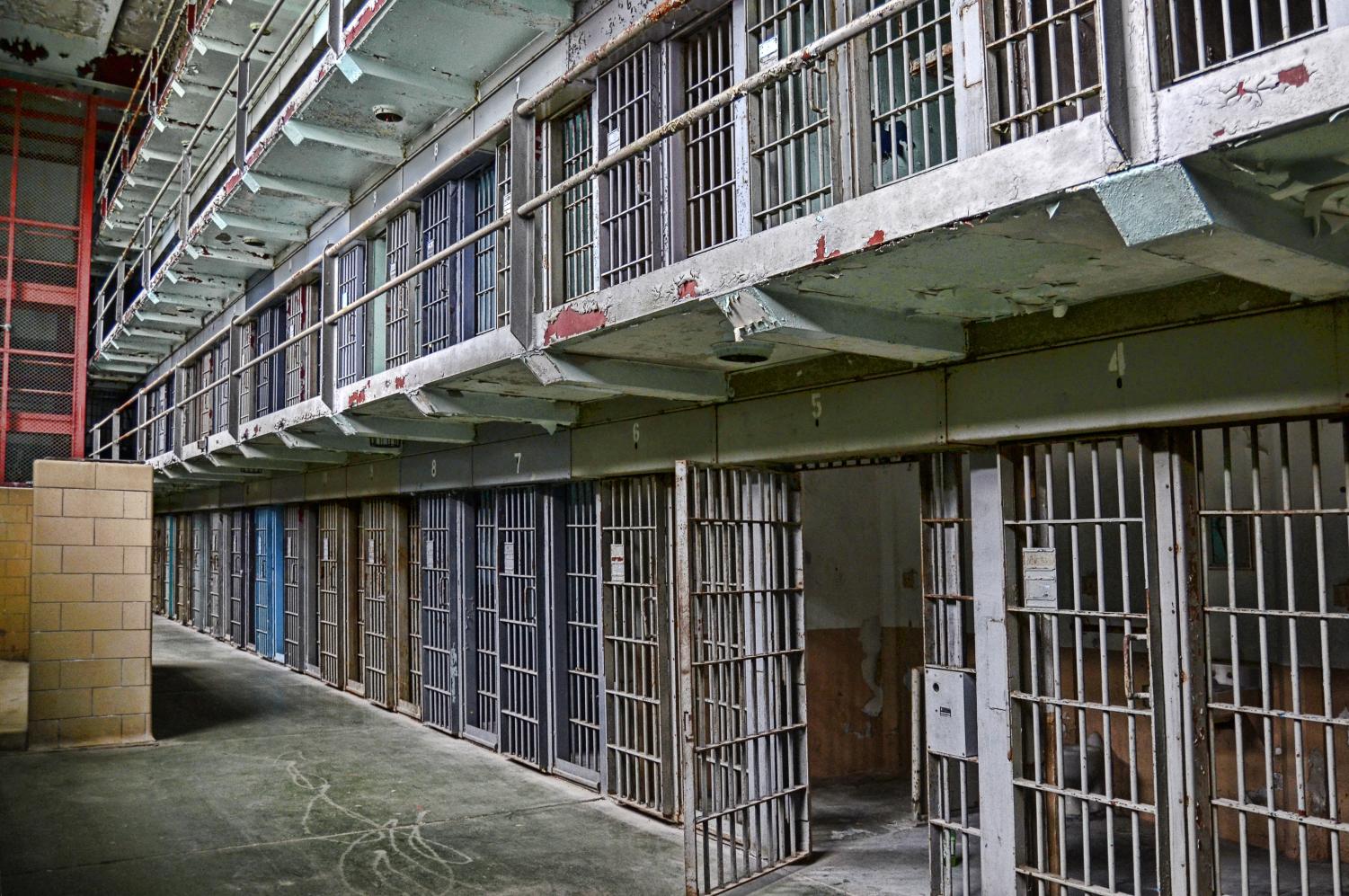 The need to address our failing prison system begins with acknowledging its sinister practices and history. (Photo courtesy of Wikicommons)

The need to address our failing prison system begins with acknowledging its sinister practices and history.

The problem with prisons

The American prison system isn't about redemption or corrective behavior; it's an industrial complex that brings in millions.

America currently holds more prisoners than any other country in the world, with just over two million people. Prisons, policing and funding for these institutions are often justified under the notion that they prevent crime and make society safer, but this idea is horribly misguided. The true purpose of prisons is somehow more sinister than it appears on the surface, and the prison industrial complex is about as far as we as a country can get from preventing crime.

Generally speaking, people tend to believe that prisons prevent crime because prisons provide a deterrent for those that commit crimes. However, this line of thinking fails to understand that crime is often a result of poverty, an issue that prison actually exacerbates. Criminal acts like robbery, larceny, shoplifting, burglary, grand theft, drug dealing and various forms of tax fraud are likely results of financial insecurity. This is why two-thirds of the American prison population have an income of $12,000 (the U.S. poverty line is $12,880) or less. If someone commits one of these crimes as a last resort to fix their financial situation, putting them in prison doesn’t change the conditions that drove them to a life of crime.

Actually, prisons can put previously financially-secure people into economically-desolate situations, further pushing them into a life of crime. Employers are allowed to reject potential employees on the basis that they’ve been convicted of a felony, and having a felony can prevent you from receiving government assistance. Ironically, people on parole often have to pay hefty supervision fees, and people in prison for drug crimes often have to pay for drug rehabilitation services, which becomes near impossible without a job. Failure to pay these fees can result in landing back in prison, starting the cycle again.

When someone commits a crime because they live in poverty, stealing their job, preventing them from getting a new one and giving them new financial obligations will only drive them further into poverty.”

When someone commits a crime because they live in poverty, stealing their job, preventing them from getting a new one and giving them new financial obligations will only drive them further into poverty. When people leave prison, the societal and interpersonal issues that sent them to prison in the first place likely haven’t gone away. They leave prison in a worse situation than they were in before, fueling the prison industrial complex.

A prison system that causes crime seems inherently counterintuitive. If the fact that prisons don’t act as a deterrent to crime is so well known, why does America continue to invest millions of dollars into its prisons?

The answer can be found in the 13th Amendment. Section one of the amendment reads as follows: “Neither slavery nor involuntary servitude, except as a punishment for crime whereof the party shall have been duly convicted, shall exist within the United States, or any place subject to their jurisdiction” (emphasis mine). This amendment prohibited slavery in all instances, except for prison labor. Prison labor has since become one of the biggest industries in America, with companies like Microsoft and Boeing profiting from prison slavery both directly and indirectly.

The fact that prisons are being needlessly packed in order for them to function as industrialized slave plantations is bad enough already, but it becomes even more sinister when you begin to uncover the racially discriminatory aspects of policing and prisons. Jim Crow-era policies like redlining and legalized job discrimination have since continued to prevent Black Americans from building generational wealth, which concentrates poverty in Black communities. This is why many legal scholars believe that Black Americans are more frequently convicted of drug crimes than people of other races. People deal or produce drugs to escape poverty, an issue that profoundly plagues Black communities.

The issue of drug crime in black communities can also be attributed to Richard Nixon and Ronald Reagan, the two biggest proponents of the War on Drugs. From the very beginning, the War on Drugs was intended to target black people.

Former domestic policy chief of the Nixon Administration, John Elrichman, said this about the motive behind the war on drugs: “We knew we couldn’t make it illegal to be either against the war or Black, but by getting the public to associate the hippies with marijuana and blacks with heroin, and then criminalizing both heavily, we could disrupt those communities. We could arrest their leaders, raid their homes, break up their meetings, and vilify them night after night on the evening news. Did we know we were lying about the drugs? Of course we did.”

As mentioned earlier, crimes bred out of poverty like drug crime often have high recidivism rates, which is what leads to such high incarceration rates for Black people. High arrest rates for Black people aren’t the result of a genetic or cultural difference between races; they’re the result of concentrated efforts by the American government to debilitate black communities. First, it happened with the Fugitive Slave Act. Then it happened with the Black Codes. Then it happened with Jim Crow. And now it’s happening with the War on Drugs.

High arrest rates for Black people aren’t the result of a genetic or cultural difference between races; they’re the result of concentrated efforts by the American government to debilitate black communities.”

Punitive punishment does not reduce crime rates. This fact has been acknowledged by basically every qualified sociologist and psychologist there is. As put by RV’s AP Psychology teacher Ms. Thomas, “It is general knowledge that punitive punishment alone is not effective at preventing criminal behavior. Mounting evidence supports that rehabilitative justice has more positive outcomes – particularly for victims.”

It’s been known for decades now that punitive punishment does more harm than good, and that rehabilitative punishment is the route prisons can take to reduce crime. The only reason the prison industrial complex has survived for so long is because it provides capital for major corporations, which seem to run our country more than our politicians do. It’s only a matter of time before people begin to see how prisons are being used as 21st-century slave plantations and why punitive punishment will never work. America cannot continue to parade itself as a bastion of freedom and liberty as long as mass incarceration and prison slavery continue to exist.