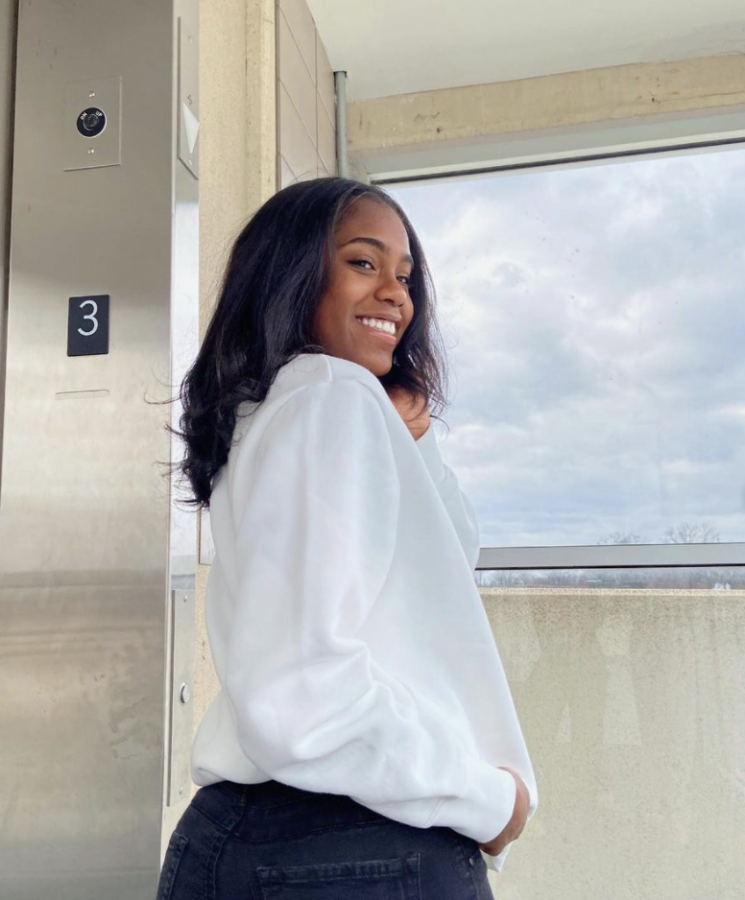 In my four years at Rancocas Valley, I have witnessed the greatest transformation within myself — evolving from a timid freshman to one of the most confident, outgoing, and fierce seniors to ever walk the halls of RV, at least I like to think so.

Freshman year is mostly a blur, buffered out of my memory by months of quarantine and masks. However, in that year, I played soccer, continued my rigorous academic course schedule and didn’t become involved in much else. Now, only a few years later, my resume is overflowing with extracurriculars, varsity track & field awards, and a little bit of everything RV has to offer.

Beginning as a means of ensuring the health of the American people, quarantine sparked levels of innovation across the nation, from DIY masks, to the evolving of skype calls, birthday drive-bys, at home gym sessions and most progressively, our generation began to uproot America’s most crucial issues of racial and gender discrimination. And even with the additional shows and movies added to Netflix or Hulu, all screens were tuned into the national protests advocating for equity, and our unbelievable, almost-comical, debates by our political leaders.

More specifically, the death of Ahmaud Arbury, George Floyd and Breonna Taylor, ignited a pivotal moment in my life in which I created one of the first-ever high school Black Student Union (BSU) in Burlington County to create spaces for minority students to thrive in Black excellence, culture, history and advancement. The BSU serves as an organization for students and administration to have difficult conversations about race and equity inside and outside the classroom. The establishment of this club would be the initial stepping stone in beckoning the young woman I am today.

Although the outcries for justice awakened my inner activist, I was also inspired by a newly revitalized school newspaper, spearheaded by a quirky, but hilarious English teacher, that highlighted the power of journalism and one’s voice.

Journalism is one of our nation’s most sacred rights, granting the ability to express oneself and share unique beliefs and perspectives. That’s what I love about writing for the Holly Spirit. Even originally gazing through a sports writer’s lens, each piece is crafted differently. Our site mirrored a rainbow of topics, from politics and global issues, to the new school lunch food, honoring the achievements of students and administrators, discussing the best and worst-dressed at the Grammys, and articles of a more serious regard like gun violence, the mental health epidemic, and racism. The Holly Spirit ignited my passion for journalism and strengthened my inner activist.

These two groups helped me gain my footing in RV. I created a space where students like myself could collaborate to advocate for students of color and joined a group where I had a voice and platform to discuss issues of race, inequity and discrimination within our communities.

As the current BSU President, and Co-Editor in Chief of the Holly Spirit, in addition to the several other hats I wear, I can say that in just four years I have grown into a successful, aspiring activist, journalist, and hopefully a role model for my peers and my younger sisters.

Although I never understood how a teacher so grounded and relatable like Mrs. Sherman (Sherm) could also assign three chapters of Anglo-Saxon literature; I am incredibly grateful and blessed to have her not only as the adviser of the Holly Spirit, but as the adviser for BSU too. I bet she never would have guessed that the same shy girl in her homeroom freshman year would become one of her best friends and sidekick. Huge shout out to Sherm, AKA the RV Teacher of the Year and Burlington County Teacher of the Year.

To new writers, use this platform as your time to take a break from your AP courses and Shakespearian analysis, and write about what matters to you. Be creative and allow your artistic voices to break through the binding academic tone required on formal literary essays. The Holly Spirit is a canvas, just with words instead of paint.