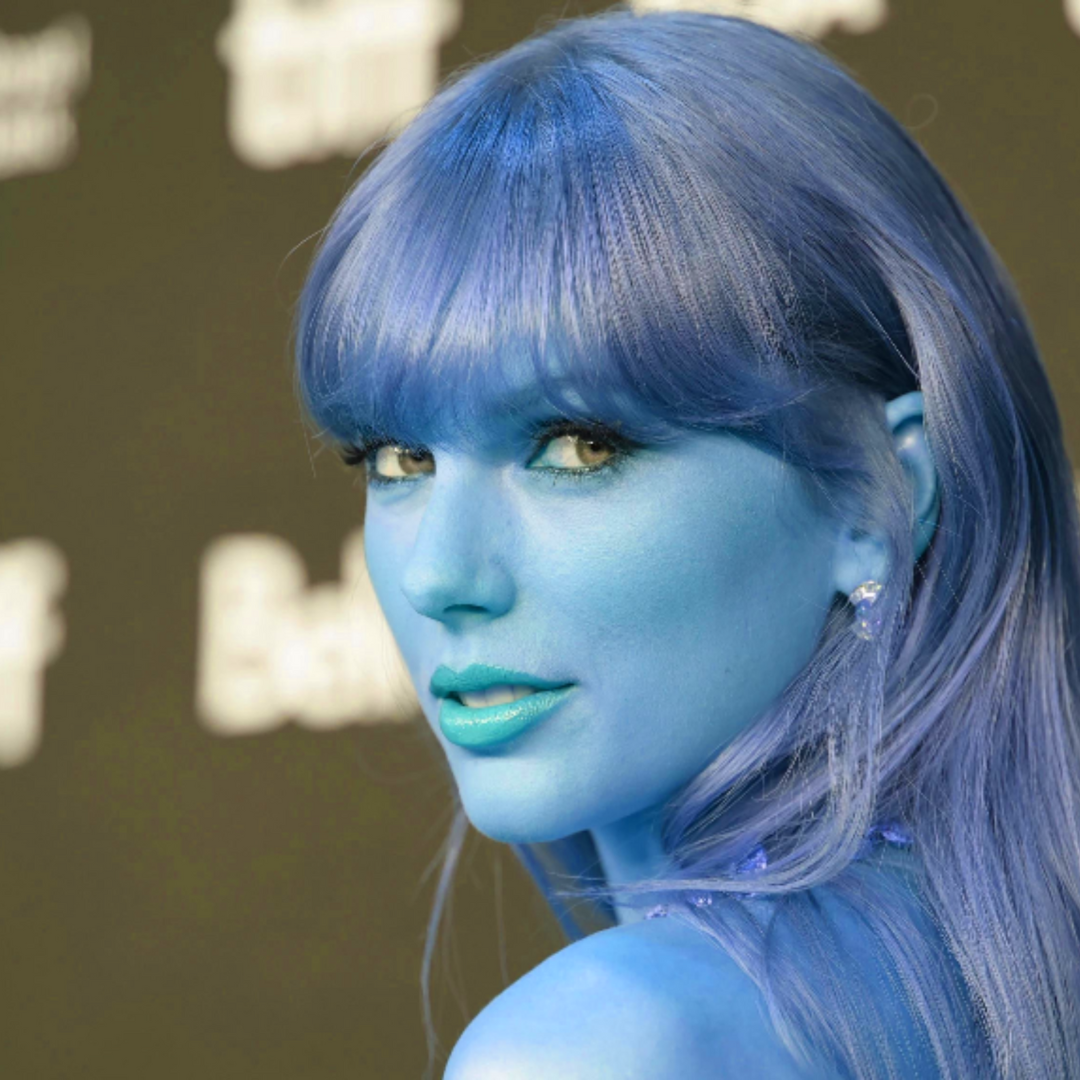 Taylor Swift dominates more than just the pop music scene. As a business mogul in the making, her influence has spread beyond music and TV. (Photo illustration by Sherm)

Taylor Swift dominates more than just the pop music scene. As a business mogul in the making, her influence has spread beyond music and TV.

Let’s face it, you probably heard “Shake It Off” and “Blank Space” incessantly on the radio in 2014. Maybe your little sister loves Taylor Swift. Perhaps you yourself are a Swiftie. Or maybe not. You might not love her, but you’ve definitely heard of her. And regardless of your opinions on her music, she deserves your respect. Here’s why.

Musical talent aside, there’s no denying that Swift is incredibly intelligent when it comes to maintaining long-term relevance and success. She has been in the music industry for nearly two decades. Her national and international fame is nearly unparalleled; in the US she has become a household name. She deftly navigates the treacherous landscape of today’s “cancel culture,” having engineered one of the most remarkable comebacks in media history. A female singer in her 30’s, who has been in the public eye since early adolescence, she is still achieving new heights and career-defining records in a “society where women in entertainment are discarded in an elephant graveyard by the time they’re 35” (“Miss Americana,” 1:10). You’re probably wondering how in the world she does it. Let’s talk about the reasons why Swift’s honorary NYU doctorate could’ve, should’ve been in marketing.

If one of the most important tenets of marketing is branding, Swift has mastered it. Throughout her career she’s cultivated her image to reflect the changing landscape of pop culture. In this oversaturated, social media world, there is more content available to be consumed than ever before. Artists, now more than ever, have to do something different or new to catch our attention, and there are many unique ways in which Miss Swift does this.

Eras of her career

Swift has separated her life and works into phases that have a very specific flavor, motif and color palette. Her fans have come to know them as “eras.” For example, her “1989” album was all about New York and secret rendezvous and synth pop and pastels. “Reputation” is edginess, black and red and darker undertones. By adding this extra layer of creative vision, Swift is able to make her career more definable and accessible to new fans, as well as more interesting.

When one thinks about the “eras” of other artists, like the Beatles, they were categorized and applied retrospectively. Whether Swift began this process or her fans did, she now intentionally and actively uses this to market new albums. Additionally, her most recently announced tour is called “The Eras Tour.”

Possibly one of the first, and definitely most significant instances of this was when she entered her “reputation era” after releasing the album of the same name. Her radical shift in aesthetic during that time left such a deep impact that it has now entered the cultural lexicon. People of a certain age know exactly what it means for someone to be “entering their reputation era,” whether they are a Swiftie or not.

When asked, a local business owner, Jay Taylor, sounded in on this topic, saying that he “thinks that Taylor’s most special quality as regards her marketing and/or branding, is her sense of reinvention…it’s the reinvention; always coming with something new, that has served her so well.”

Swift was born in 1989, and she has taken the cultural concept of an “easter egg,” from the same decade, to a whole new level. Though oftentimes associated with movies and tv shows, Swift has mastered incorporating them into her art. She often interweaves additional meanings in her lyrics, music videos, “clothing or jewelry” (Taylor Swift reveals her Easter eggs about TS7). Doing such causes an increase in viewership and interaction with her content, as her most committed fans rabidly dissect her art for hidden meanings. And, because she’s made it abundantly clear that she doesn’t do anything by accident, when those fans concoct their theories, she can sit back and mastermind which of them she wants to incorporate into her narrative.

In addition to all of the other elements of Taylor’s branding, she also has a number of motifs that she has embraced as part of her persona. Some examples are cats, the number thirteen and unabashed earnestness. This helps define what people can expect from her, and she can easily reflect or subvert those expectations.

Another keystone of Swift’s success as a businesswoman is her engagement with her fans. A social media savant, she makes use of her accounts on Tiktok, Instagram, Twitter and Reddit to interact with Swifties and cultivate a sense of connection with them. Her fans, as a result, develop an intense para-social relationship with her. Since she spotlights fan content, she has an army of unpaid advertisers millions strong constantly creating Swift-centric content in hopes of being “noticed” by her. Thus, she herself doesn’t have to advertise.

But she does anyway! Over the years Swift has utilized a number of strategic partnerships with several industry-leading brands including Target, Starbucks and DirectTV.

Most recently she inked a corporate alliance with Capital One. As part of it, she released her first commercial with them during Amazon’s live coverage of Thursday Night Football. While seemingly an odd choice, this exposed her to a different audience hours before the release of her newest album.

Not content to have dominated the field of popular music, she is constantly flexing her creative muscles in other forms of media. She was a voice actress in “The Lorax,” and has had several roles in film, including, “Valentine’s Day,” “Cats” and “Amsterdam.”

Most recently, Swift has dipped her toe into the arena of directing; her short film, “All Too Well,” which she also starred in, was selected for the Toronto International Film Festival and has garnered significant Oscar buzz. There has also been speculation that Taylor is going to write a novel, based on easter eggs that she left in the film. And if we’re talking about writing, let’s not even discuss the 48 different trademarks that Swift has registered.

“Taylor Swift is a fantastic business woman because she tried to figure out the best way to sell her [tour] tickets when she was on high demand, and even when everything went south with Ticketmaster, she went and publicly apologized to her fans, and said how she was really disappointed in Ticketmaster and what they did to her fans,” Kraska said. “That was really proactive of her…she wanted what was best for her fans and tried to give it to them, and even when it wasn’t given to them, she went out in public and apologized for Ticketmaster, on her behalf, instead of just kind of pushing it away.”

Swift is a highly skilled songwriter and performer, and she has proven to be incredibly successful at marketing her work. Even if you don’t respect her in a musical sense, her marketing skills should impress you. It goes without saying that whatever new avenues become available to her, she will undoubtedly utilize them to their fullest potential.

And I, for one, can’t wait to see where she goes in the future.