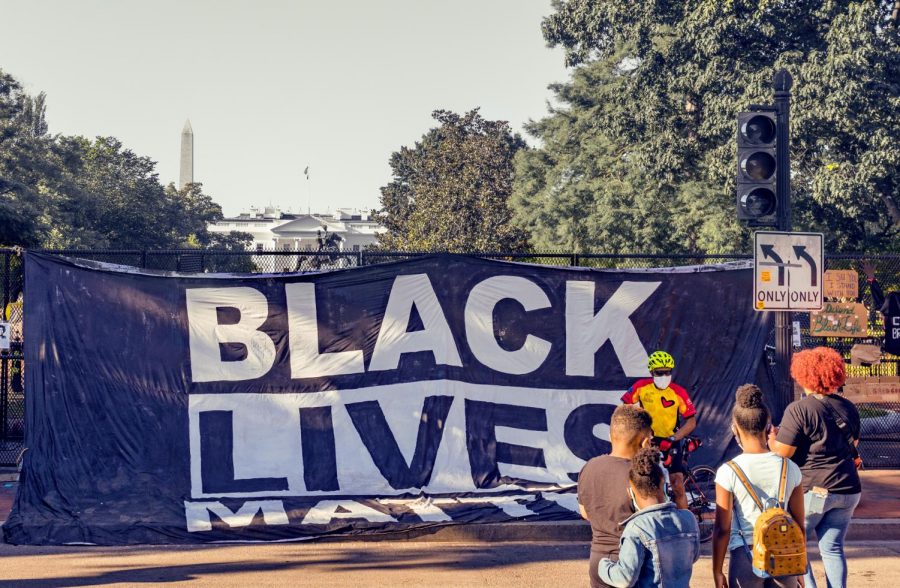 A Black Lives Matter protest in summer 2020 in Washington, DC

Concerns with the Black Lives Matter movement as 2021 approaches

The raging protests in support of the Black Lives Matter Movement that took place nation-wide over the summer sparked talk of change for the future, yet raises concerns moving into 2021.

As 2021 nears, people fear that the movement would have come and gone; that it has not been taken seriously enough to continue to change the lives of minorities in the future.

“Some may have considered the movement as a trend, and it concerns me that with new power being passed to President-Elect Joe Biden and the Vice President Kamala Harris, I fear those who oppose their political beliefs will speak their opinions in a physical matter that could affect the black community and people of color,” freshman Zoe Mercado said.

In an anonymous survey conducted to collect information about how students at RV reacted to the election, one student mentioned, “In addition to black lives matter, and women’s choice, our country has so much to improve on, I feel like Biden and Kamala Harris will make a positive impact on America.”

On the contrary, another student in that anonymous survey said, “Joe Biden has been serving a career in politics for 47 years. He hasn’t accomplished anything in that time, even when he was vice president. What make[s] you think he’ll do anything now? Joe Biden’s health is deteriorating, and this is before he works the most stressful job in the world.”

The new year presents new challenges for this country at such a vulnerable time. This past year brought several deep-seated issues to light, and with that new found knowledge comes concerns.

On the Biden-Harris Transition website, racial equity is highlighted as a priority. A list of specifics for their Build Back Better plan is given which includes ensuring the workers of color are compensated fairly and treated with dignity, achieving equity in management and higher education opportunities connected to the jobs of the future as well as promoting accountability and diversity in leadership across key positions in all federal agencies.

Although the country has come a long way since the Civil Rights Movement that peaked in the ‘60s, history has a strange way of repeating itself. Many people–particularly young people of color–have hopes and expectations for the future.

“It’s important that people view the movement as a revolution in our society and [it] needs to be taken seriously by all people…,” Mercado adds. “I hope that our new president can see the movement in the same light as we [do] and acknowledge how normalized discrimination is against the Black community and step into action to change that.”

While these times of uncertainty can be frightening, it is comforting to hold on to the hope that the future has in store for this country and the mistakes of the past being corrected.